Search Homes for Sale in Azusa Once a stop on historic Route 66, one of the original highway systems in the country, Azusa’s central location (less than an hour’s drive from downtown Los Angeles) and easy access to major transportation corridors makes the city an ideal home for residents and businesses alike.

For home buyers, the real estate choices are numerous. Properties in Azusa range from early 20th-century bungalows to modest ranch-style homes and from multi-story properties to grand mansions. Homes in Azusa’s most expensive neighborhoods contain many very large, secluded, estate homes with views across the San Gabriel Valley to Downtown Los Angeles.

The city offers good schools, cultural diversity, low crime rates and a strong and supportive business community. It has its own police department and was the recipient of the very first Chevrolet Camaro "police special" patrol car produced. The city is home to Azusa Pacific University — a private Christian university.

Azusa is to be the eastern terminus of the first phase of a planned extension, the "Foothill Extension," of the Metro Gold Line light rail service, which currently operates between Los Angeles Union Station and eastern Pasadena. In October 2009, the MTA Board unanimously voted to include the Foothill Extension in its long-range plan, and approved funding for the construction and operation of the Foothill Extension's first phase to Azusa. It is expected to be completed and opened in September 2015.

Though the name is sometimes assumed to be a compaction of the phrase "everything from A to Z in the USA," the place name "Azusa" was first used in the Mexican Alta California era in the 19th century. During the 1920s’ land rush, the slogan was adapted for marketing purposes and has been used ever since.

The first Mexican settlement in Azusa was at the Rancho el Susa in 1841, a Mexican land grant from the Alta California Governor Juan Bautista Alvarado to Luis Arenas. In 1844, Arenas sold the rancho's land to Henry Dalton, an English immigrant and wealthy merchant from the Pueblo of Los Angeles, for $7,000. He renamed it Rancho Azusa de Dalton, and had built a winery, distillery, vinegar house, meat smokehouse, and flour mill. Also, a vineyard was planted. Dalton built a house here on a place known as Dalton Hill, near 6th Street and Cerritos Avenue in Azusa.

Dalton had borrowed money from Los Angeles banker Jonathan S. Slauson to fund 24 years of litigation, and had to sign the land over to him in 1880. Slauson laid out the plan for the city in 1887 and the city was officially incorporated in 1898. 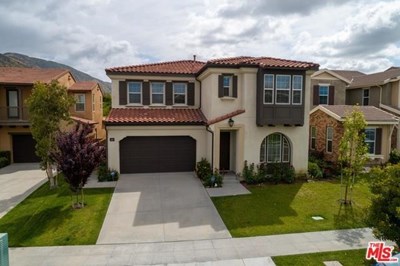