Search Homes for Sale in Covina The city's slogan, "One Mile Square and All There", was coined when the incorporated area of the city was only (some say slightly less than) one square mile, making it the smallest city in area in the country, according to Wikipedia.

Intimate and neighborly, the Covina Downtown still retains the atmosphere that it enjoyed during its days as the center of a small city. The three-block section comprised by historic Citrus Avenue, and its adjacent cross streets, bounded by Badillo Avenue on the south and on the north by San Bernardino Road, is home to a remarkable variety of enterprises including more than 100 businesses and community organizations.

Most cases, the smiling faces that greet you at the door are the proprietors themselves. Business people who understand the meaning of service and who still believe that their reputation is their most valuable asset.

The median home value in Covina is $362,000, up from $188,400 in 200. For home buyers, the real estate market offers a wide variety of property types for sale. Condos and townhouses range in price from $300,000 to approximately up to $600,000 for properties with amenities. Single-family homes in Covina begin in the mid-$250,000s for older tract homes with limited space and run up to more than $1 million for estate homes, some with golf course views. Land and lots are available for custom building. Ranch properties are also available.

The Covina Downtown hosts an increasingly eclectic cultural mix, including restaurants that feature Japanese sushi and northern Italian novella cuisine. Take in a popular revival at The Covina Valley Playhouse, or an acoustic concert by a world-class musician at the Fret House. Browse the Downtown's two retail book stores, or become a regular at one of its coffee bars. Come home to the Covina Downtown.

Established on a 2,000 acre tract that was purchased from the Hollenbeck holdings by J. S. Phillips in 1882, the City of Covina was given its name by a young engineer named Frederick Eaton who was hired by Phillips to survey the area. Struck by the manner in which the valleys of the adjacent San Gabriels seemed to form a natural cove around the lush vineyards that had been planted by the region's earliest settlers, Eaton combined the words cove and vine, and coined the name Covina for the new township.

Covina was once at the center of the Southern California Citrus Belt, and for more than 50 years the cultivation of oranges and lemons was the city's economic mainstay. Citrus Avenue derives its name from the large groves of oranges that once covered the area. The Covina Valley Historical Society maintains an extensive archive illustrating the city’s history in the 1911-built Firehouse Jail Museum, Covina’s first municipal building, located immediately behind City Hall in Covina’s Old Town. 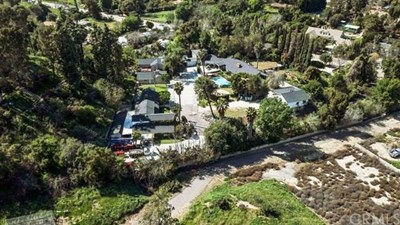