Like Historic Route 66 – known as the “Main Street of America -- the city of La Verne is a blend of old and new, celebrating the city’s roots while looking to the future. With the rugged backdrop of the San Gabriel Mountains, the community offers its residents an outstanding quality of life with good schools, low crime and an excellent business climate.

Foothill Boulevard, part of Historic Route 66, is the major east-west corridor linking La Verne to the San Gabriel Valley and Los Angeles to the west and the Inland Empire to the east. Its strategic location offers convenient access to major commercial, cultural, educational and recreational areas in Southern California.

This commercial corridor is home to multiple shopping centers which include restaurants, a major cineplex, national retailers and hometown merchants. San Polo Business Park is a 100 acre master planned development. Situated at the northern edge of Brackett Airfield, the park has easy access to the San Bernardino (10), Orange (57), and Foothill (210) freeways; it is approximately 15 minutes from Ontario International Airport.

La Verne is home to 19 parks, which provide a variety of recreation and leisure activity. The newly constructed Sports Park features four multipurpose fields for soccer and other sports, two baseball diamonds, an all-weather track, and lighted tennis courts.

For home buyers, the real estate market offers a wide variety of property types for sale. The median home price is approximately $560,000. Condos and townhouses range in price from $300,000 to approximately up to $600,000 for properties with amenities. Single-family homes in La Verne begin in the mid-$350,000s for older tract homes with limited space and run up to more than $1 million for estate homes, some with golf course views. Land and lots are available for custom building. Ranch and horse properties are also available.

La Verne was founded in 1887 by Los Angeles businessman Issac Lord as a railroad boom town to capture Midwesterners enticed by fierce competition between the Southern Pacific and Santa Fe Railroads. The grand 60 room Lordsburg hotel was built but never had a paying guest.

When the boom busted in 1889, M. M. Eshelman, a member of the Brethren Church, was instrumental in bringing an influx of Brethren people to the area so their youth could attend college in the now transformed hotel. In 1891 Lordsburg College was established; today that institution is the well-respected University of La Verne.

It was during this time that the citrus industry established itself and engaged nearly all of the people of the community. By 1919, more than a thousand carloads of fruit were being shipped annually, and the output continued to grow. The growing, picking, packing, and shipping of oranges, grapefruit and lemons influenced all of life in La Verne.

By the 1940's, the growers were in real trouble. The quality and size of fruit declined. A mysterious malady struck. Trees did not show normal growth as they should. For want of a better and more accurate name, they called it "The quick decline." More and more trees were affected and nothing seemed to help.

Groves began to be sold for housing developments. Then more and more groves were uprooted, sometimes a whole grove in a day as the demand grew for housing subdivisions.

Through the post-World War II period, La Verne remained as a relatively small college town community. Thousands of people had come to California for military service or to work in the war industries. Many who had come from small towns in the Midwest and East felt comfortable in La Verne and decided to stay.

Framed by towering Deodar trees, Third Street epitomizes the architecture of early La Verne. The Queen Anne condominiums at Bonita and E Street combine features from buildings within a two-mile radius, making the project characteristic of the Lordsburg area. The imposing tower of The Brethren Church on "E" Street, exemplifies Gothic Modern architecture.

Today, La Verne is a city of more than 30,000 residents and a well-balanced community with a good mix of residential, commercial and industrial features. It is a progressive city that has retained much of its small town charm. 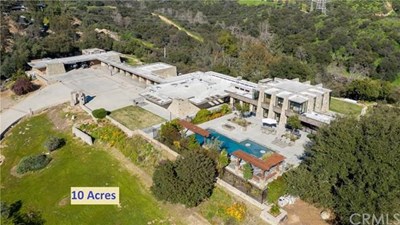 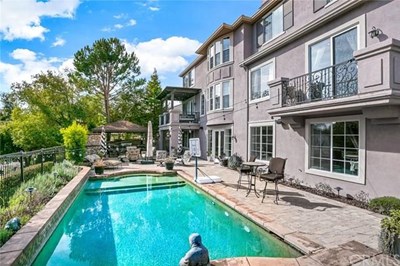 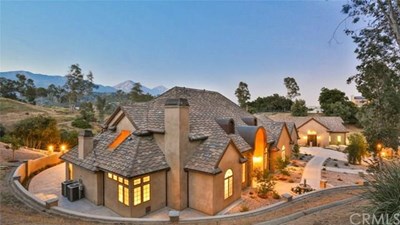