Search Homes for Sale in Pomona

Once thought of as L.A.’s suburbs, the city of Pomona has undergone a myriad of changes since it first incorporated in 1888 in an effort, in part, to reduce the number of saloons in town.

Ironically, religious institutions are also deeply embedded in the history of Pomona. There are now more than 120 churches, representing most religions in today's society. The historical architecture of these churches provide glimpses of the European church design and architecture from other eras.

The fifth largest city in Los Angeles County, Pomona is located in the Pomona Valley, between the Inland Empire and the San Gabriel Valley and is home to some 150,000 residents.

After being split nearly down the middle when the I-10 Freeway was constructed in 1954 – destroying the city’s historic downtown and business districts – the city of Pomona has been on the comeback trail in recent years.

Stating in 1977, antique stores, artists and Western University of Health Sciences started refurbishing derelict buildings. Dozens of historic buildings were brought back to life by these new pioneers. In 1994 the City officially recognized the downtown’s new identity as a major educational and cultural art district and forming the Art Colony.

The fairgrounds were also evolving. In 1984 they became Fairplex, a venue for expositions and entertainment with year-round events. Meanwhile, the demolition of so many beloved buildings over the years inspired a local preservation movement. Activists fought to preserve Landmark buildings and whole neighborhoods, such as Lincoln Park, Wilton Heights and Hacienda Park. Their Craftsman, Spanish Revival, mid-century and Victorian homes are now a major draw for new residents.

These days Metro Pomona is building on its success. The last blighted landmarks have been restored like the Historic Pomona Fox Theater. Western University is always expanding. A new wave of businesses and events have come to town including dozens of galleries that host monthly ArtWalk festivals. And hundreds of new lofts have been built. After many difficult years we have reclaimed that energy and daring that first built our town.

Single-family homes in La Verne begin in the low-$200,000s for older tract homes with limited space and run up to more than $1 million for estate homes, some with golf course views. Condos and townhouses range in price from $150,000 to approximately up to $400,000 for properties with amenities. Land and lots are available for custom building. Ranch and horse properties are also available. Hilltop estates with spectacular city light views are also available.

Built in the 1980s, Pomona's Phillips Ranch, experienced rapid growth with homes still being built in the hilly area between Downtown and Diamond Bar. Today, Phillips Ranch is nearly all residential.[16] Northern Pomona has seen some gentrification with additional housing units added and revamped streetscapes.

The city is the site of the Fairplex, which hosts the L.A. County Fair and the NHRA Auto Club Raceway at Pomona, (formerly known as Pomona Raceway) Powerade Winternationals Drag Racing competition. The city also hosts the Pomona Swap Meet and the Classic Car Show. The Classic Car Show is considered by many to be a Southern California classic. It is one of seven major events hosted at the Fairplex each year.

California State Polytechnic University, Pomona (Cal Poly Pomona) is located southwest of the junction of the 10 and 57 freeways. The university was established on the site of breakfast cereal magnate W.K. Kellogg's ranch located on the city's western corner. The university has over 21,000 students and covers an area of over 1,437 acres which makes it the second largest land-holding university in the California State University system.

Western University of Health Sciences, (formerly known as College of Osteopathic Medicine of the Pacific) is located south of Highway 10 off Towne Avenue. It is one of the largest health sciences universities in California.

Pomona was first settled by a tribe of Native Americans, the Gabrielenos. They were largely displaced in the 1800s by California’s Mission system, Mexican immigration, American immigration, and agricultural development. The Southern Pacific Railroad was built through the area in the 1870s. It carried livestock and crops out, and real estate speculators in. In 1875 they laid out the street grid we see today, and the first businesses set up shop — a hotel, drugstore, general store, butcher, and – of course – a saloon. 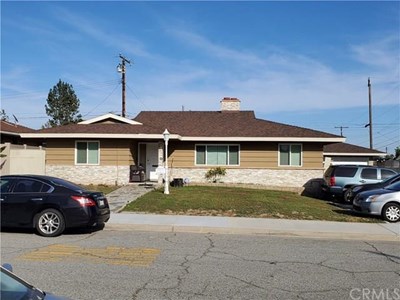