When it comes to real estate, location is everything. For Rancho Cucamonga that means interstate freeway access. While most of the city's land area is devoted to residential areas, Rancho Cucamonga, like its neighbors Ontario and Fontana, is a major center for the Logistics industry in Southern California.

While the city’s history dates back further than others in the area, its proximity to two Interstate highways and Ontario International Airport make the city a hub for commerce. Approximately seven square miles of land in the city are primarily occupied by numerous massive distribution centers, and even more, smaller manufacturing companies. This area is ringed by wealthy office parks and malls, such as Victoria Gardens (shopping center) and the Ontario Mills, across Fourth Street in Ontario.

While commerce is key, Rancho Cucamonga is a suburban city in San Bernardino County, near the Los Angeles and Riverside county lines. As of 2014, Rancho Cucamonga's population was 165,775 people. Since 2000, it has had a population growth of 29.53 percent.

The city was incorporated in 1977, as a result of a vote among the residents of the unincorporated communities of Alta Loma, Cucamonga, and Etiwanda. In 2006, Money magazine ranked the city 42nd on its "Best Places to Live" list.

Single-family homes in Ranch Cucamonga begin in the mid-$300,000s for older tract homes with limited space and run up to more than $1 million for estate homes, some with golf course views. Condos and townhouses range in price from $250,000 to approximately up to $400,000 for properties with amenities. Land and lots are available for custom building. Ranch and horse properties are also available.

The Victoria Gardens lifestyle center, built in the eastern end of the city, is located at the intersection of Foothill and Day Creek Boulevards. Since the city had never developed a traditional commercial downtown like neighboring cities Ontario and Upland had, efforts were made in the design of Victoria Gardens to bring elements of more traditional and urban town design to what had historically been a suburban city.

While retaining many characteristics of traditional shopping malls, such as large anchor stores, a food court, and vast parking lots and garages, the smaller stores are arranged as city blocks in a grid of two-lane streets, featuring lush landscaping and metered "teaser parking" in front of the stores, which open onto the sidewalk. There are two "Main Streets", which run from west to east across the center. Running from north to south between them is a pedestrian axis leading from one of the Macy's anchor stores, through a "town square" between a pair of mixed-use office buildings, to the Victoria Gardens Cultural Center, which contains a 570 seat theater and a city library.

There are restaurants throughout the center Cucamonga's history stretches back further than most of the other regional communities. President Abraham Lincoln signed into existence a post office located at the base of Red Hill in 1864, the first in the western portion of San Bernardino County. After John Rains' death and Dona Merced's departure, the Rancho went into foreclosure, and in 1870, was sold to Isaias Hellman and other San Francisco businessmen who later formed the Cucamonga Company.

In 1887, both water and access were provided to the Cucamonga colony, as irrigation tunnels were dug into Cucamonga Canyon and the Santa Fe Railroad extended through the area. Although early settlers planted and cultivated citrus, olive, peach, and other crops, vineyards and wine making characterized the Cucamonga community.

Alta Loma was carved from the original Rancho de Cucamonga. The City's eastern community of Etiwanda has the distinction of being the first town planned by William & George Chaffey who purchased the land in 1881 from Joseph Garcia a retired Portuguese sea captain.

During the 1970s, Alta Loma, Etiwanda, and Cucamonga experienced massive and uncontrolled growth due to Los Angeles and Orange County families seeking affordable housing. In 1975, the Tri-Community Incorporation Committee was created to propose the formation of a new city because citizens were concerned about the future and understood that the vision they had would allow the area to manage development and to create its own destiny. The proposal went before the voters in November of 1977 and the incorporation of Rancho Cucamonga was approved by a 59 percent majority. 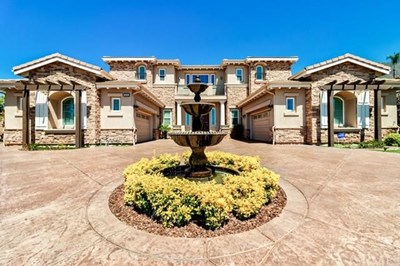