Another of the historic, small-town America cities that make up the San Gabriel Valley, San Dimas is a bedroom community of some 35,000 residents. The town is a blend of private and public amenities, numerous parks and open space, and great recreational and community facilities.

“Our greatest asset is our small town feel and the volunteerism of our residents as they contribute to our great quality of life,” reads the city webpage.

There are dozens of historic buildings in the Downtown, but perhaps none more beautiful or important than the recently restored Walker House, which was built in 1887 to be a railroad hotel, but now is home to the San Dimas Historical Society, Festival of Arts, an art gallery, and a restaurant.

The median sales price for homes in San Dimas in 2015 was $515,000. This represents an increase of 15.7% compared to the prior year. For home buyers, the real estate market offers a wide variety of property types for sale. Condos and townhouses range in price from $300,000 to approximately up to $600,000 for properties with amenities. Single-family homes in San Dimas begin in the mid-$250,000s for older tract homes with limited space and run up to more than $1 million for estate homes, some with golf course views. Land and lots are available for custom building. Ranch and horse properties are also available.

San Dimas runs along parts of historic U.S. Route 66, which played a major role in the city’s development in the earlier 20th century. Route 66 was known as the “Main Street of America” and one of the original highway systems in the country. Its strategic location offers convenient access to major commercial, cultural, educational and recreational areas in Southern California.

The first known European exploration of the area was in 1774, when Juan Bautista De Anza passed through on the first overland expedition of Las Californias, from New Spain-Mexico towards Monterey Bay. The area was originally developed in 1837 with the Mexican land grant. It later became known as La Cienega Mud Springs, so named because of local mud springs that created a riparian marsh and healing place.

It was the arrival of the Los Angeles and San Gabriel Valley Railroad in 1887, later purchased by Santa Fe Railroad, that La Cienega Mud Springs was first mapped. The resulting land boom resulted in the formation of the San Jose Ranch Company, which first laid out streets. Small businesses began to open soon thereafter, and the city took on a new name: San Dimas.

Growth was rapid, and San Dimas soon became an agricultural community, wheat and other Midwestern United States crops were planted first, then orange and lemon groves covered the town and the San Gabriel Valley. At one time, four citrus packing houses and a marmalade factory were located in San Dimas. The Sunkist name originated here, first spelled "Sunkissed." Oranges were the major crop and business in San Dimas until the mid-20th century.

San Dimas incorporated as a city in 1960. 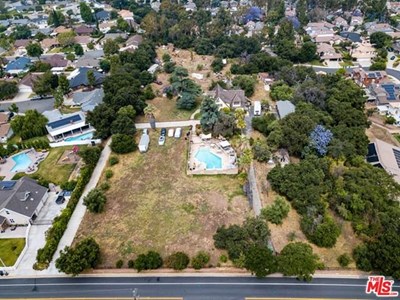 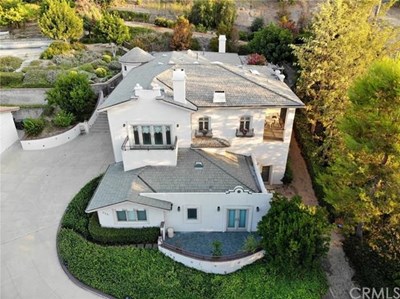