Search Homes for Sale in Upland Historic Upland is located at the foot of the San Gabriel Mountains on an east-west trail that was used by the Indians and Spanish missionaries, part of what is now known as the Old Spanish Trail.

Today the city’s rich history can still be seen in its historic downtown which maintains many features of its past along Euclid Avenue (the north-south, tree-lined street that runs through town) as well as many of the older, adobe and ranch-style houses that can be seen throughout town.

The downtown is made up of nearly 200 businesses providing a diversity of merchandise and services. The area features the signature gazebo in the middle of the street at 2nd Ave. and 9th St. with a layout of the shops, restaurants and other establishments. Every Thursday night in the spring and fall, the HDU host a Farmers Market covering a 4-block area. The market dates back nearly 25 years.

Upland was incorporated in 1906 and has grown to include some 80,000 residents who enjoy the city’s rich culture, good schools, low crime rate and recreational opportunities. During the 20th century, Upland has developed into a residential and retail community that has maintained its country and urban ambiance.

For home buyers, the real estate market offers a wide variety of property types for sale. The median home value in Upland is $489,100. Upland home values have gone up 6.7% over the past year and Zillow predicts they will rise 3.9% within the next year. The median list price per square foot in Upland is $255, which is higher than the Riverside Metro average of $166.

Single-family homes in Upland begin in the mid-$300,000s for older tract homes with limited space and run up to more than $1 million for estate homes, some with golf course views. Condos and townhouses range in price from $250,000 to approximately up to $400,000 for properties with amenities. Land and lots are available for custom building. Ranch and horse properties are also available.

Upland originally was an irrigation colony established by George and William Chaffey. When founded, it was a small rural town based on agriculture, specifically citrus fruits and grapes.

A trolley line in the broad, tree-lined median of Euclid Avenue formerly connected Upland to the Southern Pacific Railroad line in Ontario. The trolley was pulled from Ontario to Upland by a mule, which then climbed aboard an attached trailer for the ride back down.

Upland was one of the cities located on the National Old Trails Road, established in 1912 as the first national coast-to-coast highway. In Upland, the national highway ran along Foothill Boulevard, which had been built on the route established by the early Spanish explorers. 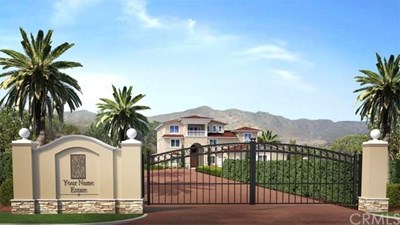 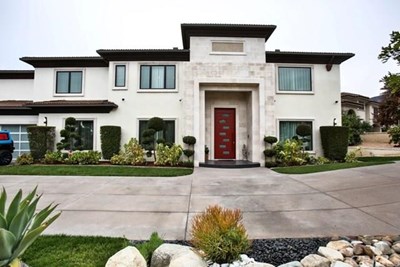 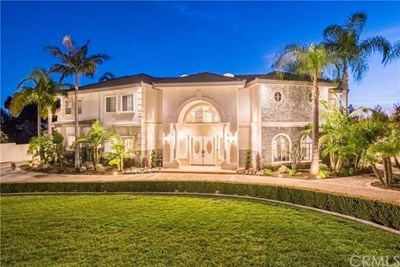